The most widely recognized Avion travel trailers are the classic silver units coveted by vintage camper enthusiasts throughout the U.S. and in other parts of the world.

The History of Avion Travel Trailers

The first Avion campers went into production in 1955 in Benton Harbor, Michigan, shortly after the Avion Coach Corporation was founded. The high quality, lightweight recreational vehicles quickly became a popular choice with RV camping enthusiasts. By 1967, a second manufacturing facility was opened on the west coast, in San Jacinto, California.

In 1970, Ligon Enterprises, another Michigan company, purchased Avion Coach Corporation, and then sold the company to California based Fleetwood Enterprises in 1976. Fleetwood continued manufacturing silver Avions until the mid-1990s, when the brand was transitioned to a more traditional camper body style. Avions are no longer in production. 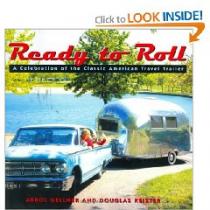 If you're in the market for an Avion camper, keep in mind that it may take some time to find the perfect unit. Since Avion travel trailers are no longer in production, you won't be able to simply visit a dealership and pick out the one that you want. Before you start searching, spend some time thinking about how far you are willing to travel to purchase an Avion. Decide if you prefer a fully restored model or if you're up to the task of tackling a vintage camper restoration project. It can be helpful to reach out to other Avion owners when you are shopping for one or are in the midst of completing a restoration. SilverAvion.com is an excellent resource for future or new owners, as well as for long time enthusiasts. You'll find a variety of information about classic Avions, including owner's manuals, maintenance tips, restoration ideas, photos, and more. You can even register to participate in the Avion Camping and Restoration online discussion group, where you'll have an opportunity to learn from and interact with others who own Avion recreational vehicles.

Where to Look for Avion Camping Trailers

Membership in owner's groups has been a tradition among Avion owners since the early days of these unique travel trailers.

Just four years after Avion Coach Corporation's inception, the first organized group of Avion owners left the company's headquarters on what has come to be known as a "Travelcade". A group of 25 people traveling with eight campers trekked from Benton Harbor to Alaska, beginning what evolved into a great tradition of group Avion owner excursions.

In 1961, the Avion Travelcade Club came into being. In order to be eligible for membership, individuals had to own an Avion recreational vehicle. Within just a few years, numerous chapters opened throughout the United States and Canada. Originally formed as part of the Avion Coach Corporation, the club became an independent nonprofit organization in 1975.

Following Fleetwood's purchase of Avion, the club began admitting, on a limited basis, owners of many types of Fleetwood recreational vehicles. Once production of Avions ended, membership began to decline and talks opened regarding a potential merger between the organization and Club Fleetwood, a separate association for Fleetwood RV owners. In 2005, the Avion Travelcade Club and Club Fleetwood merged and became the Fleetwood Travelcade Club.

Many Avion owners choose to join the Fleetwood Travelcade Club. Dues in the national organization are only $35 per year (as of 2008), and members have access to a wide variety of events and activities, including rendezvous trips, travelcades, special interest groups, and more. There are a number of local units located throughout the U.S. and Canada that offer many additional networking and travel opportunities for members.